This is a question that artists have been trying to capture for centuries. I returned to this age-old question in July when the Center for Action and Contemplation did a week of reflections on Mary Magdalene during the week of The Feast of St. Mary Magdalene, Apostle to the Apostles. While the reflections were very good it was the image of some stained glass work by Janet McKenzie that really stayed with me and has caused me a great deal of reflection. 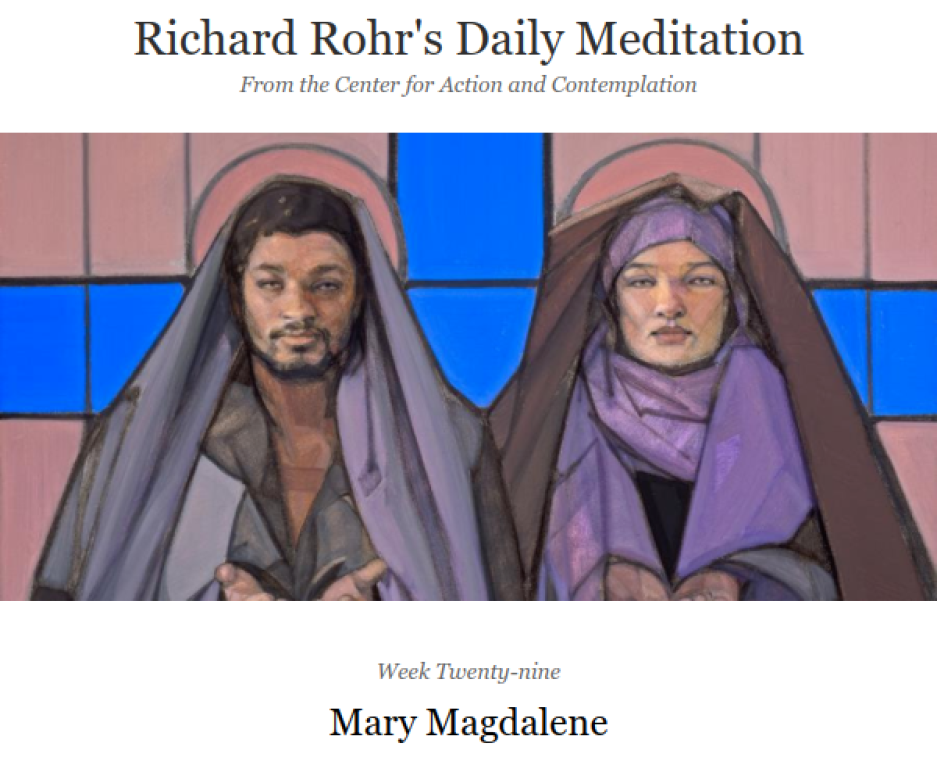 This image of Jesus and Mary Magdalene defies the dominant European depiction of Jesus and followers through the centuries as white Europeans. When one gets to travel to the middle east, the first thing you notice is that the movies and paintings you have been presented with all your life about the makeup of the people of the middle east are simply incorrect. I find the stained glass of Jesus and Mary Magdalene to be much truer to what the historical Jesus might have looked like, and it is very refreshing.

Jesus has been portrayed in artwork as being of every culture in the world and there is a gospel truth to the fact that the resurrected Jesus transcends ethnic boundaries and is indeed mirrored in every person we meet. Over the last few decades, it has been nice to see more artwork portray the historical Jesus in a truer way and hopefully, this will cause people to realize that Jesus was indeed a middle eastern Jew. From such a realization may come a lessening of racial and ethnic boundaries.

I remember back in 1997 the Park Performing Arts Center in New Jersey cast a black actor, Desi Arnaz Giles, in the role of Jesus for their popular Passion Play. This caused a bit of an uproar of people wanting a traditional caucasian Jesus and prompted at least 5 groups to cancel their outing to see the play (2 of which were Church groups). There were many upset people that called and one death threat against Giles. When I heard the news report back in 1997, I remember thinking to myself that a black Jesus would have been more authentic and was saddened that people would be outraged. I like the quote from Rev. Kevin Ashe, a former parish priest who was serving as the center's executive director in 1997.

"Imagine someone going to Heaven, finally getting to meet Jesus, and discovering that he looks like an African American. Is that person going to decide to go somewhere else? Maybe this is the time to prepare ourselves for that decision."

I will leave you with some reflection questions.

What is your image of Jesus? How was this image formed? How has it affected your worldview of other ethnic groups?

Are you comfortable with Jesus being portrayed in artwork as a Palestinian, Black, or Asian man?

How would you have reacted to a black actor being cast in the role of Jesus?

How would you react if your Church put a statue, painting, or stain glass of Jesus as a dark-skinned middle eastern man in the sanctuary?

There are no comments yet - be the first one to comment: